This is an accordion element with a series of buttons that open and close related content panels.

The cornerstone program offered by the school is the Shapiro Summer Research Program. More than half of the medical students in the MD Program at the UW School of Medicine and Public Health in Madison participate in the program between their first and second years. The program funds student stipends for 8-12 week research projects under the direction of faculty members in any of our departments, centers, and institutes.

This is an accordion element with a series of buttons that open and close related content panels.

Christine Kolehmainen, MD, (2011-2013) focused on how doctors-in-training experience leadership in the setting of medical emergencies.

Allison Bearden, MD, MPH, (2009-2010) researched the use of probiotic agents in decolonization of patients with emerging organisms.

Erica Roberson, MD, (2008-2010) focused on the effects of bariatric surgery on urinary and fecal incontinence.

Aubrey Smith, MD, (2008-2010) studied the differences in energy requirements in obese and lean women with and without Polycystic Ovary Syndrome (PCOS).

Nasia Safdar, MD, (2005-2009) researched the use of a probiotic preparation in hospitalized patients as a new means of preventing infection by drug resistant bacterial. 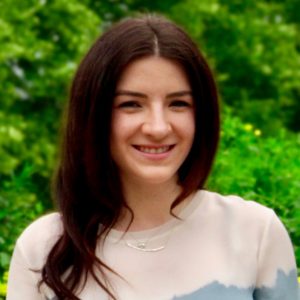 Research: My research examines the multimodal and embodied nature of how people solve problems and make decisions within various STEM domains. My current research focuses on how expert scientists engage in collaborative decision-making in the context of NIH grant peer review. In particular, I study how reviewers write about, speak about, and communicate their scientific knowledge and expert opinion to the peers during grant review, how multimodal communicative practices such as hand gestures shed light on reviewers’ thinking, and how agreement among reviewers fluctuates as a function of collaboration.

James Garcia, BS, (2012-2014) researched the role of the hypothalamus in precocious puberty in female rhesus monkeys.

Patrice Leverett, MS, (2012-2014) focused on increasing minority representation and retention in the STEMM fields through enhancing the mentor/mentee relationship and decreasing the impacts of stereotype threat.

Tolu Oyensanya, MS, (2012-2014) researched rehabilitation outcomes and quality of life for persons who have had a traumatic brain injury.

Yacob Tedla, MS, MSc, (2012-2014) researched the association between pulse wave velocity and hypertension, and the independent risk of arterial stiffness on different cardiovascular events and examining the sensitivity and specificity of different drug-adherence-measures, and the effect of drug-adverse-effects and drug-complexity on medication compliance among patients taking anti-hypertensive drugs.

Fatou Jallow, BS, (2011-2013) focused on how cancer cells acquire resistance by lookingat the close linkage between prolactin and the pathogenesis and therapeutic responsiveness of ERalpha+ breast cancer.

Dennis Paiz-Ramirez, MA, (2011-2013) researched what commercial videogames do well and tried to find out why they do well.

Belinda Gutierrez, MEd, (2010-2012) studied unconscious bias and how it may prevent women and underrepresented minorities from rising within the ranks of academic departments within STEMM.

Olubukola (Bukky) Akinsiku, BS, (2008-2010) focused on the role of mathematics in success of minorities and women in engineering.

Allison Bearden, MD, MPH, (2008-2009) researched the use of probiotic agents in decolonization of patients with emerging organisms.

Sayyida Abdus-Salaam (Martin), MD, MPH, (2005-2008) studied predictors of cutaneous manifestations of HIV-1/AIDS infection in blacks, disease progression, and response to therapy, as well as the establishment of protocols for routine HIV screenings.

Kimberly Price, PhD, (1999-2000) studied the effect of birth weight on glucoregulation with age in rhesus monkeys.